On transformations and where a small change can result in large differences in a later state.

For someone studying about Japanese women in Australia, how lucky can I get than to stay in Canberra with my friend and colleague Dr Keiko Tamura, an ANU anthropologist, who is Australia’s foremost expert on Senso Hanayome (Japanese WWII War Brides).

Keiko is the author of Michi’s Memories: The Story of a Japanese War Bride, and was the facilitator of communications and exchange for the Australian chapter of the Nikkei Kokusai Kekkon Shinbokukai, an international forum, through events, meetings and newsletters, connected senso hanayome in Australia to their counterparts in other parts of the world, mostly from North Americas and the UK.

Whilst during the day I read books and articles, many of which were written by Keiko, at night, over a glass of gin & tonic (sometimes two), I would ask Keiko questions and air my views about the senso hanayome and my wider research about Japanese women in Australia.

During these informal discussions, I was inspired by the notion that the senso hanayome were courageous women, who had embraced the new era within the devastation of post-war Japan with a sense of hope and a pioneering spirit. They were not afraid to form relationships with their former enemies, risked being judged as traitors, they learned a foreign language and left their homes to live in a foreign country they had never visited before. At first glance, this may seem obvious, but things are not always what it seems.

A women who became senso hanayome, were often seen in Japan as a woman of loose morals, despite her relationship with a Western man later becoming a conventionally accepted sexual liaison in a form of marriage. They were often labeled as pan-pan, a slang term then used for prostitutes who serviced the servicemen of the Allied Occupational Forces, despite them meeting their future husbands in normal jobs such as being canteen workers, typists, or house girls inside the Allied camps.

At this point I began to see a similarity, although not the same, with the karayuki. I am sure that such thought would be regarded as severely disrespectful to the senso hanayome – they were not prostitutes, but young women in love, who married, raised families and worked in respectable jobs. Keiko may not necessarily agree with me, but I see a similarity in so far as they both appear to have courageously boarded that ship to go abroad to the unknown, and lived in best way they can, despite being judged negatively as women of ill repute.

Much to my delight, Keiko’s husband, Professor David Hinde is a nuclear physicist at the ANU. Not only can I discuss details of my research with Keiko with her expertise and humanities background, I was given the opportunity to think laterally and pick David’s brain in areas of science and physics.

In so far as this project began with my interest in Madama Butterfly, and the way in which I wanted to somehow create art that changed the way we celebrate the suffering of Cho-cho san, I thought it apt to ask David about metamorphosis and the life cycle of butterflies as well as the butterfly effect in chaos theory. Over dinner, after the gin & tonics, the three of us discussed meaning of transformations and its stages as well as ideas of a deterministic nonlinear system where a small change initially can result in large differences in a later state.

I do not know exactly yet how these discussions will transform itself into a theatre work. I just somehow know that there is something bubbling under the surface and I am somehow on the right track.

Dr Keiko Tamura is a Research Associate, School of Culture, History & Language, ANU College of Asia and the Pacific. She published widely on Japanese immigrants to Australia, Western expatriate communities in Japan and memories of the Pacific War in Australia and Japan.  Her publications include Michi’s Memories: The Story of a Japanese War Bride, From a Hostile Shore: Australia and Japan at war in New Guinea (with Steven Bullard); Forever Foreign: Expatriate Lives in Historical Kobe, and Reframing National Memory: Stories from Australia and Japan about the Pacific War (in Japanese with Mayumi Kamada et al.) She held research positions at The Australian National University, Kobe University and Kyoto University and was awarded research fellowships from the National Library of Australia, the National Film and Sound Archive, and the Australian Prime Minister Centre in the Museum of Australian Democracy.  She worked for the Australia-Japan Research Project at the Australian War Memorial since 1997 and appointed as manager between 2007 and 2009.

He was a School Postdoctoral Fellow from 1982 to 1984, when he was awarded a Queen Elizabeth II Fellowship. In 1986 he moved to RCNP, Osaka University, Japan and in 1987 to the Hahn-Meitner Institute, Berlin, Germany. He returned to the Department of Nuclear Physics in 1989.

His research specialty has been developing novel experimental equipment and techniques allowing elucidation of the time-scales associated with heavy ion reactions, to understand the dynamical processes as two individual quantum systems start to overlap.  His work has led to a significant change in our knowledge of nuclear dynamics, resulting in a re-direction of international research.

This site uses Akismet to reduce spam. Learn how your comment data is processed. 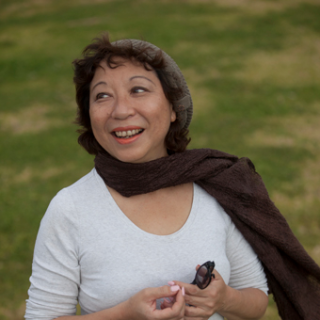